To this day, LGBTQIA+ people can be prosecuted for who they love and who they are in 69 UN member states. In 11, they can face the death penalty. Even after they’ve left, LGBTQIA+ refugees and asylum seekers often still face additional challenges and vulnerabilities.

Life for the LGBTQIA+ Community in the UK

​​In the UK, around 2,000 LGBTQIA+ people claim asylum every year due to fear of persecution in their home country. Newly arrived LGBTQIA+ refugees have overcome incredible challenges for the chance to call the UK their home. Many have had to flee their home countries due to a well-founded fear of persecution (often state-sanctioned) based on their sexual or gender identity. Many have escaped persecution, violence, and torture, often by family members or members of the community.

However, only 1 in 4 people who apply for asylum on the basis of their sexuality are granted status. Research carried out by the University of Sussex also found that in the UK approximately 30% of people claiming asylum on grounds relating to their sexual orientation and/or gender identity had their claims dismissed because their interviewers did not believe them.  This attitude is embedded in a culture of distrust from immigration officials regarding sexual orientation, gender identity, and expression.

Often, LGBTQIA+ people fleeing persecution are not even aware that they can be given protection on account of being LGBTQIA+, or might feel shame and fear about talking about their sexual orientation or gender identity, so they often apply for asylum long after arriving in the country. Many first applications are rejected because they do not have enough supporting evidence when they submit their application as they first arrive, and do not have specialised professional legal advice. In order to be granted safety, LGBTQIA+ people need to ‘prove’ they are LGBTQIA+, and gathering that evidence takes time and can be very traumatic.

With the current ‘hostile environment’ and the Nationality and Borders Bill looming, it is becoming harder for LGBTQIA+ refugees to claim asylum and to survive in the UK, especially with no recourse to public funds. On top of a brutal asylum process, they still may face homophobia both in the refugee and asylum-seeking community within their accommodation services and the wider community, as well outside the refugee and asylum seeker community (RAS).

“Going through asylum and having to explain my sexuality to a stranger was the hardest thing I have ever faced. I had never lived openly in Uganda because I was afraid, so I grew up concealing my sexuality.” – SILC Member

“I have lost most of my biological family members. But I have a new family – my chosen family of my partner, my friends, my LGBTQI+ community. This is my family with whom I feel safe, loved and secure, despite all the trouble.” – SILC Member 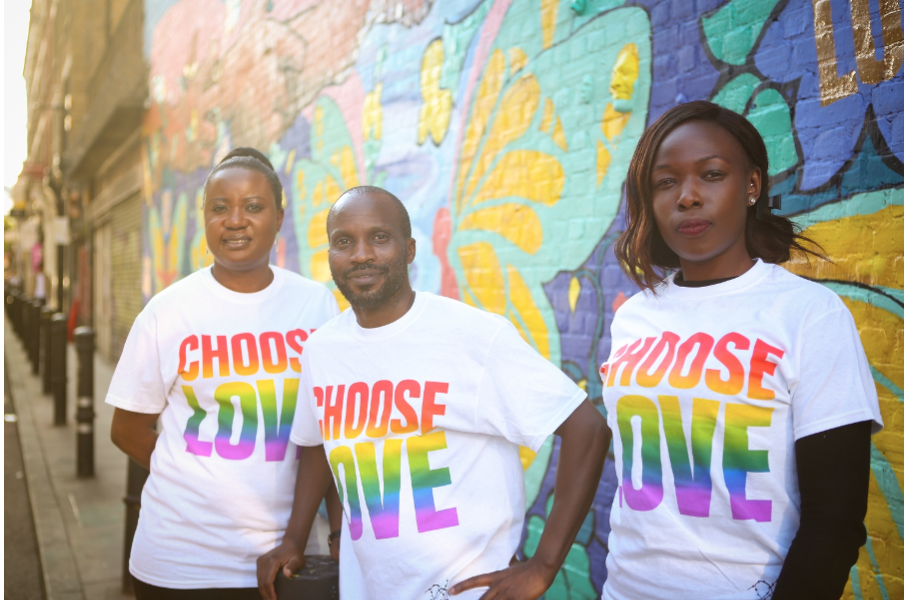 This LGBTQIA+ History Month it is important we not only remember and honour the successes of LGBTQIA+ people, but we also platform the voices of and stories of those who can not be free or safe to be themselves in their home countries. We are stronger, better, and prouder together, no matter who we are or where we are. 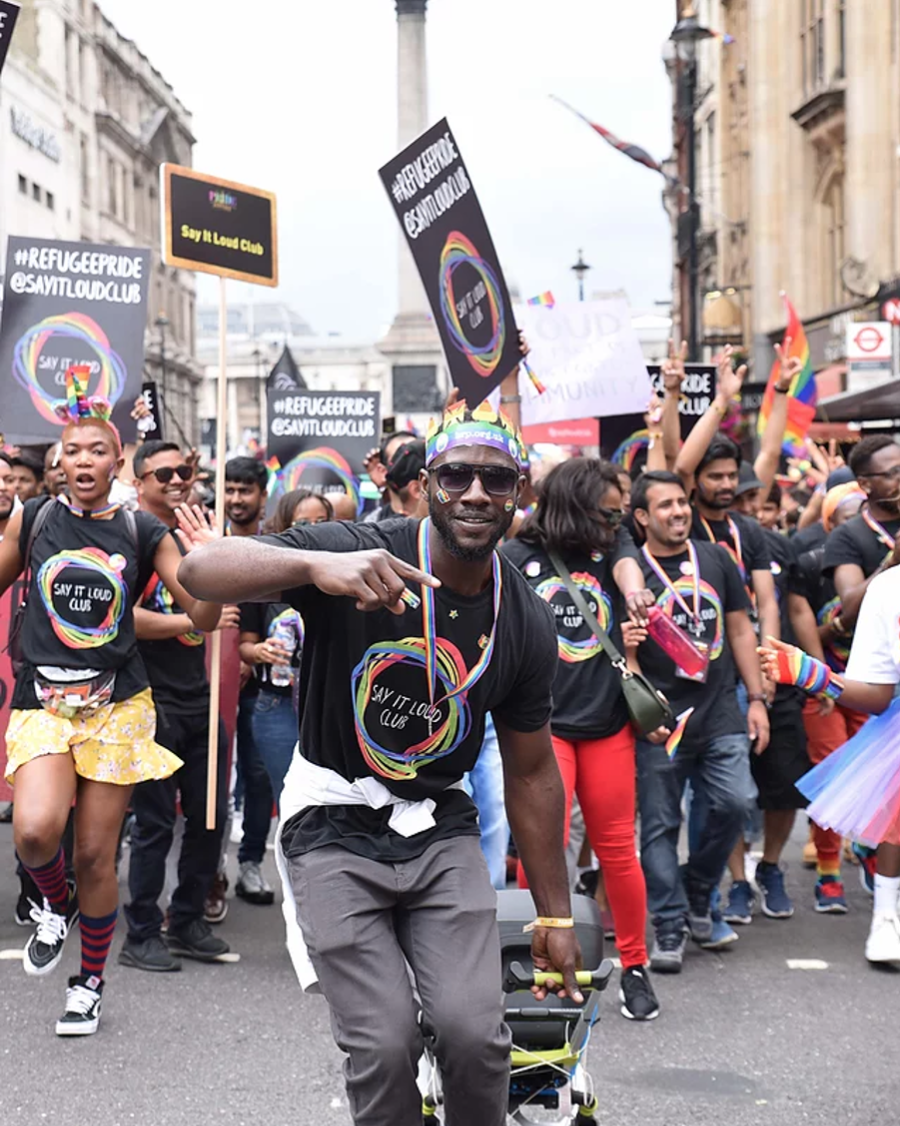 If you are also able to purchase the LGBTQIA+ Support item in the Choose Love store, you’ll be enabling our partners to provide safe shelters, legal support, and community groups to help those forced to flee.

References: Say It Loud Club – Letter to Parliament regarding the N&B Bill: https://bills.parliament.uk/publications/42823/documents/703