Viyan’s story, from Sinjar to Kurdistan

Wondering how you can help refugees in desperate need? Read Viyan’s story to see love and hope in action.

From Sinjar to Kurdistan

This is Viyan*, a 22-year-old conflict survivor living in the Essyan camp in Kurdistan.

Viyan was 15 when her Sinjar village in Northern Iraq was invaded by ISIS. She and her family were forced to flee their home. With the conflict raging around them, the family hid in the mountains for a week, with no protection and barely any food or water. Viyan suffered badly, struggling with prolonged menstrual bleeding as a result of extreme anxiety and fear.

While trying to walk to safety in Kurdistan, Viyan’s father became increasingly sick and could hardly walk. Eventually, they were picked up by a truck and reached the camp. Awaiting them was a small tent – now home for the family of eight.

“It was very harsh, my father was chronically ill and paralysed, and I suffered from terrible migraines caused by stress. I didn’t know what to do.” 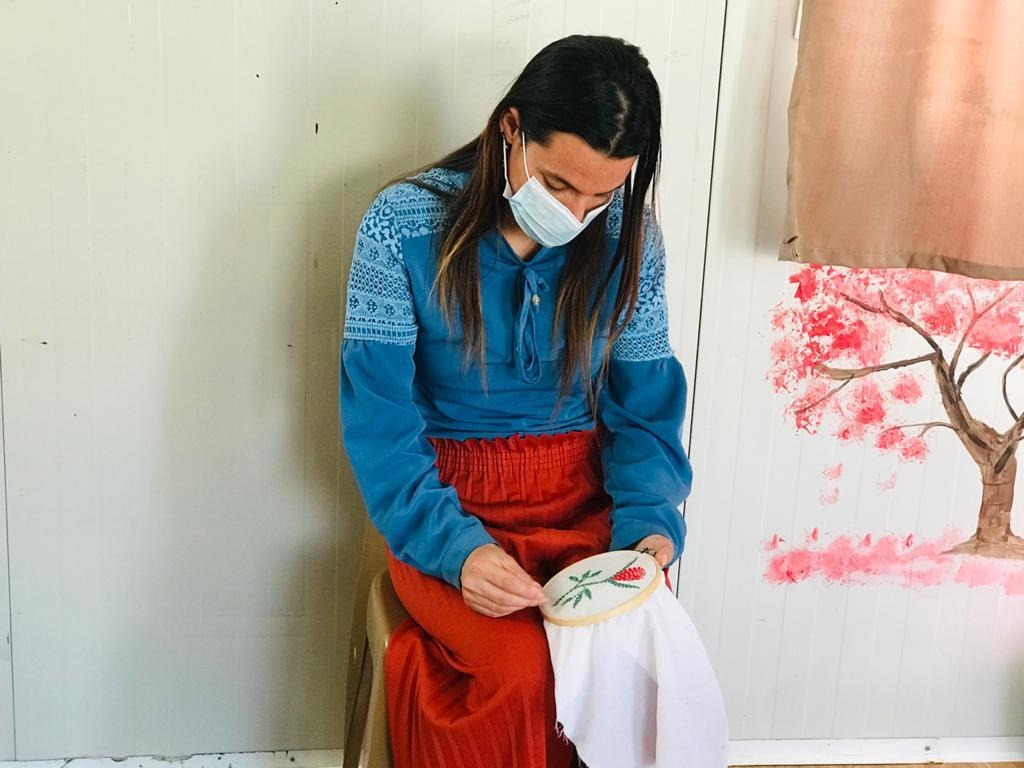 From Despair to Hope

As she struggled to cope, Viyan was put in touch with a psychologist who works with The Lotus Flower, one of our wonderful partner organisations. Viyan began receiving regular counselling. She also attends regular awareness sessions held by Lotus Flower staff on issues such as gender-based violence, exploitation, and human rights.

“I feel so much better these days, and that has enabled me to take part in other Lotus Flower activities too. I have been doing boxing, photography and craft courses, which keep me busy and take my mind off other things. It also means I have developed new skills and have been able to meet and bond with other women.”

How We Support Our Partners to Help Refugees

The Lotus Flower is a small charity that works on the ground to support traumatised women and girls, providing safe spaces, counselling, support, and training.

Choose Love works with over 300 partners like The Lotus Flower – agile community organisations providing help for refugees and displaced people around the world. We have raised millions to support this work and need your help to continue.

Our aim, always, is to turn love into action.

Visit the Choose Love store to help us help more people like Viyan. We have specific packages for mental health support, women’s support and safety and adult learning and vocational training.