This summer marks the seventh year of Choose Love. We can’t believe how much has happened in that time. The world has gone through a lot, and it’s important to take time to reflect. When people come together: extraordinary things can happen.

Choose Love started back in 2015 as a group of friends who wanted to collect donations for refugees in Calais. We have gone on to become a global organisation supporting refugees and displaced people all over the world.

We wanted to share with you all some of the incredible achievements of the last 7 years that wouldn’t have been possible without YOU!

This is what choosing love can do:

You can learn more in our historical impact report (pdf).

This wouldn’t be possible without your support. 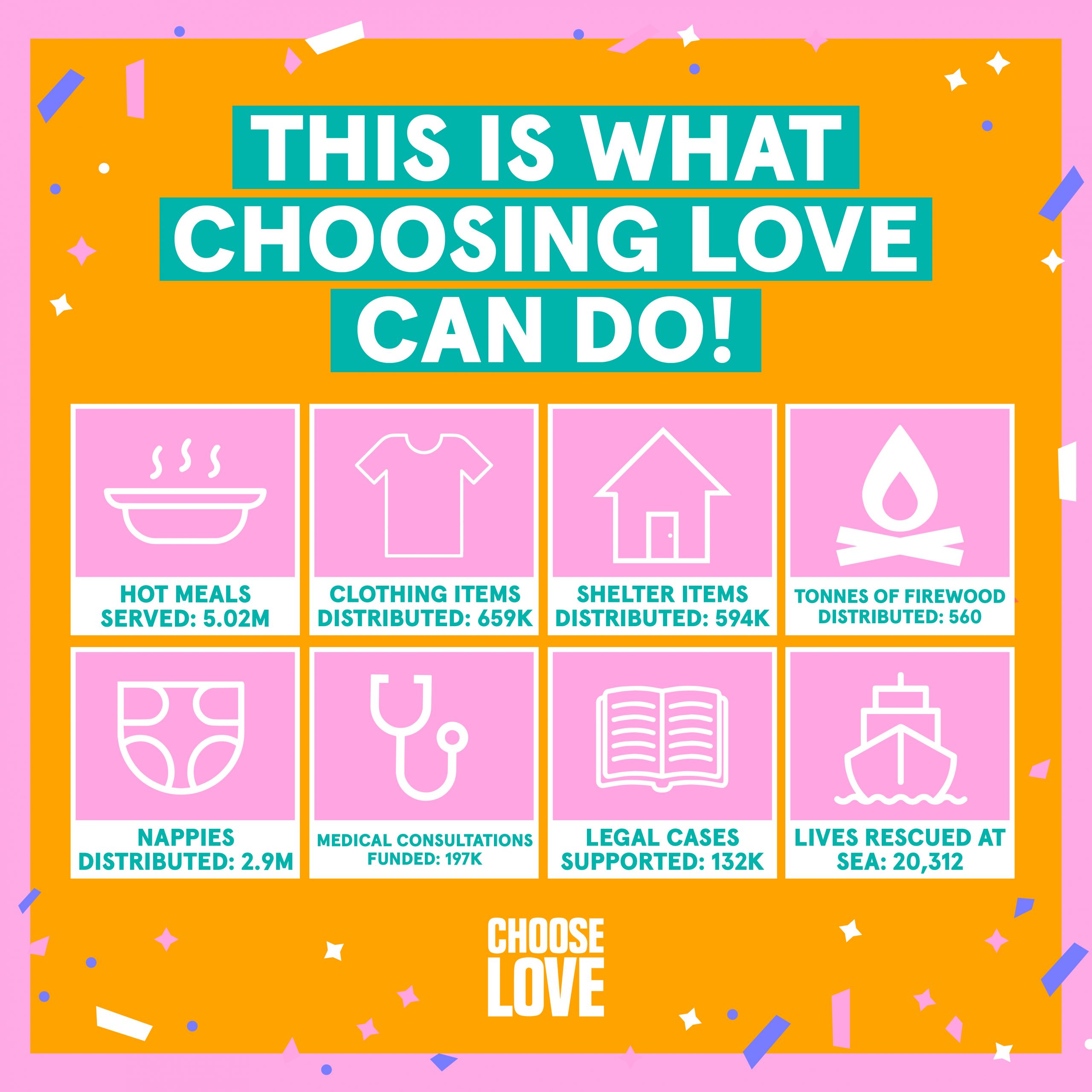 We thank each and every one of you, every volunteer, every team member for stepping up and being the change we want to see in the world.

As forced migration continues to increase, sadly, so does the need for our work.

From your Choose Love team

Please donate to support the work of Choose Love